So I’ve decided to resurrect my old Commodore 64, my very first computer.

My trusty old pal is a bit of an oddity. 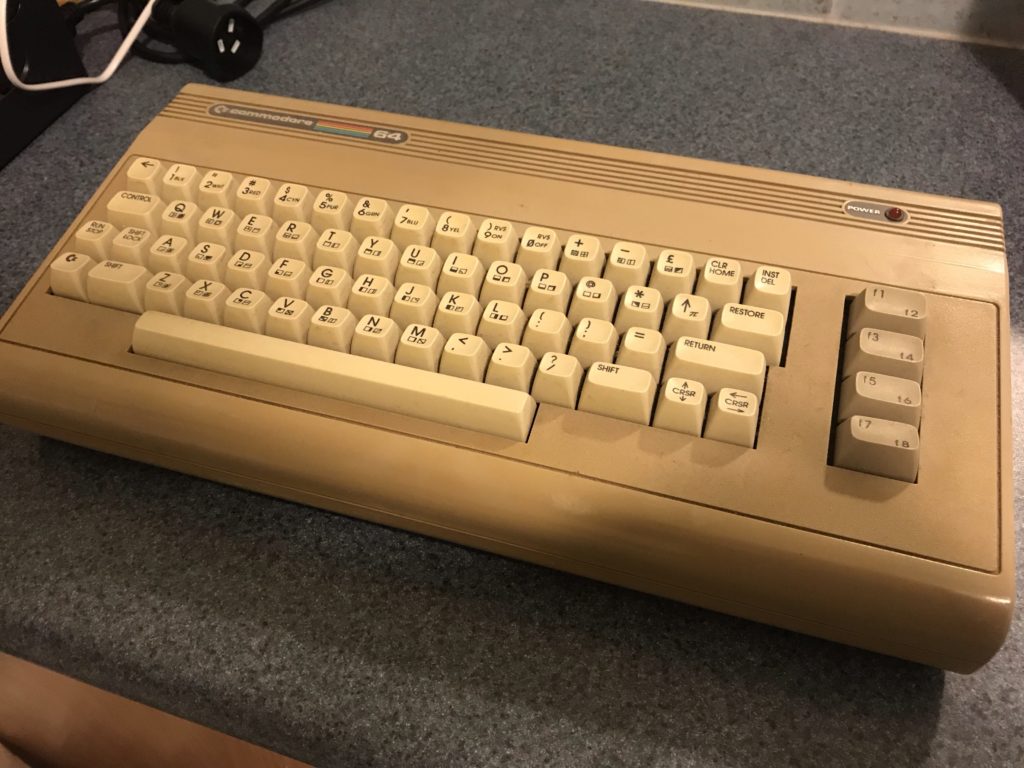 There were three mainstream versions of the C64.

However, mine is something of a hybrid. It’s a C64B, but if you know your Commodore 64’s you’ll notice it has a keyboard from a C64C. This was due to a broken key, and a failed ill-advised attempt to glue it back on.

The local Commodore 64 repair expert wasn’t able to do anything with it. So he elected to replace the keyboard, but could only get the newer C64C keyboard.

The keyboards were basically the same, just a completely different colour.

So in honour of its uniqueness, I am going to keep it in its unique hybrid configuration.

Part 2 of this project will be to sit down and decide exactly the parts I’ll need to pull this off.

I will broadly follow the plan used in my original “Sunday Nerding” post, but there’s a few choices to make.